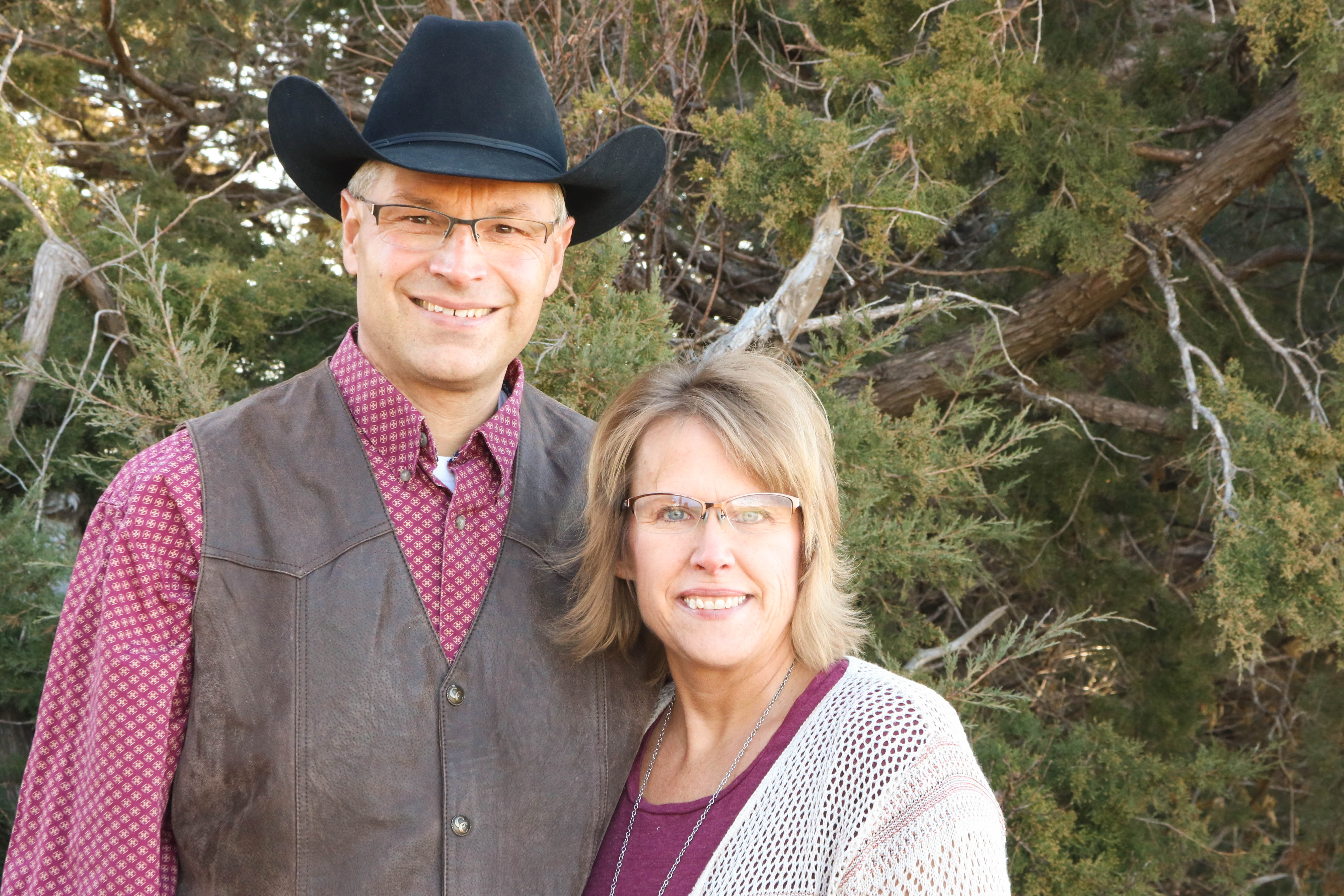 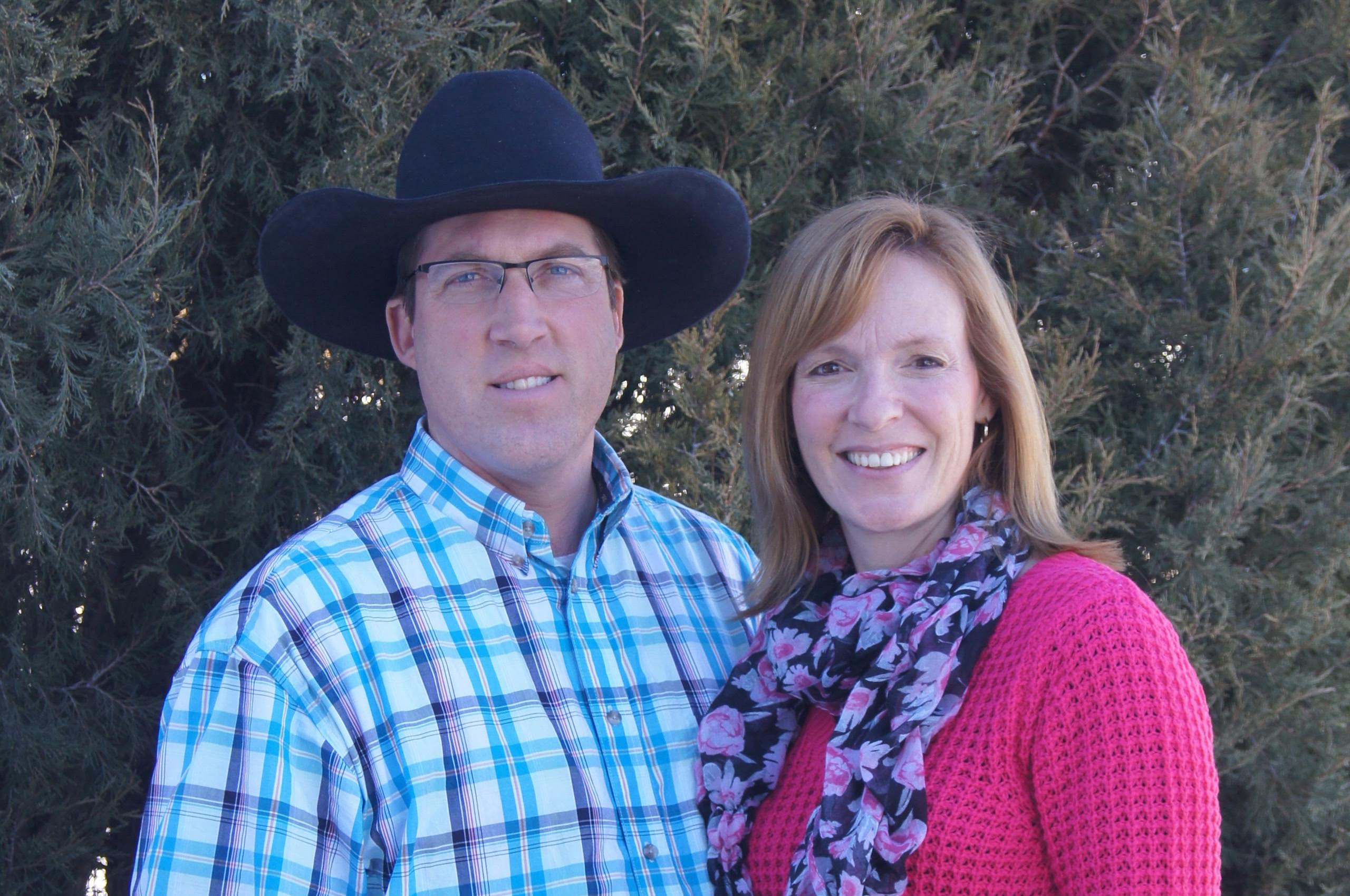 The Thorstenson Family started raising cattle in north-central Walworth County with Vaughn’s great grandfather in 1885.  In the early 1900s, the ranch had registered Shorthorn cattle, but was predominately a commercial cow-calf operation until the mid 1970s.

At that time, Vaughn’s father, Ken, purchased a group of registered Charolais, Limousin, and Gelbvieh cows.  The Gelbvieh cattle quickly moved to the top of the herd as the most functional cattle with the best disposition.  Ken was also one of the first breeders in the United States to use the imported Gelbvieh semen and seedstock to expand the cowherd.

By 1975, they had become a full-fledged registered Gelbvieh operation selling hybrid bulls and a few purebred Gelbvieh bulls privately each spring.  In 1982, their first annual production sale was held at St. Onge Livestock.  In 1984, their third annual production sale was held the first Saturday in March at Mobridge, SD, which was continued until 2013 when the sale was moved to the Ranch.

They have been blessed to own and breed some of the greatest herd sires in the breed through the years, including Minnesota Double, a breed performance trait leader for more than 15 years. Lazy TV Sam U451 and Lazy TV Watchman were the two most heavily used bulls in the Gelbvieh breed in 2017 and 2018. Other well-known resident herd sires have included: WAC Fullback, Bennett Horizon, BNC Black Power, DDF Otis, DAR National, Lazy TV Beethoven, Lazy TV Second Class, Lazy TV Tank, Lazy TV Choice Cut and others.

In 1993, they purchased some large groups of Angus cows from several well-known breeders in an effort to diversify the operation’s offering to include Angus and Balancer Bulls.  That original group of cows has been culled hard and AI’ed extensively to build a powerful set of Angus Females.  Well known Angus sires that have run in the pastures of Lazy TV Ranch include:  Future Direction, MOGCK Frontman 1141, Conneally Revelation, Woodhill Daybreak, Connealy Big Money, WMR Infinity, Schiefelbein iBull and others.

In 2009, a GrowSafe feed efficiency system was installed to monitor the residual feed intake of the animals on test to determine which genetics are the most feed efficient.  Between 350 to 400 bulls and heifers have been tested annually with most of the bulls offered for sale having feed efficiency test data.

AI breeding has been an extensive part of their breeding program since the early 1970s. Around 1,000 heifers and cows are AI’ed annually.

Maternal traits are key to the success of Lazy TV Ranch. Years of attention to fertility (including a no second-chance policy for open cows), longevity, and feet and udder quality earned Lazy TV Ranch the honor of leading the Gelbvieh breed in the number of Dams of Merit in 2019 after ranking second for several years.

Lazy TV Ranch has been producing seedstock for 30+ years and has sold seedstock to more than 20 states and 3 foreign countries, making Lazy TV Ranch one of the premiere Gelbvieh/Balancer breeders in North America.