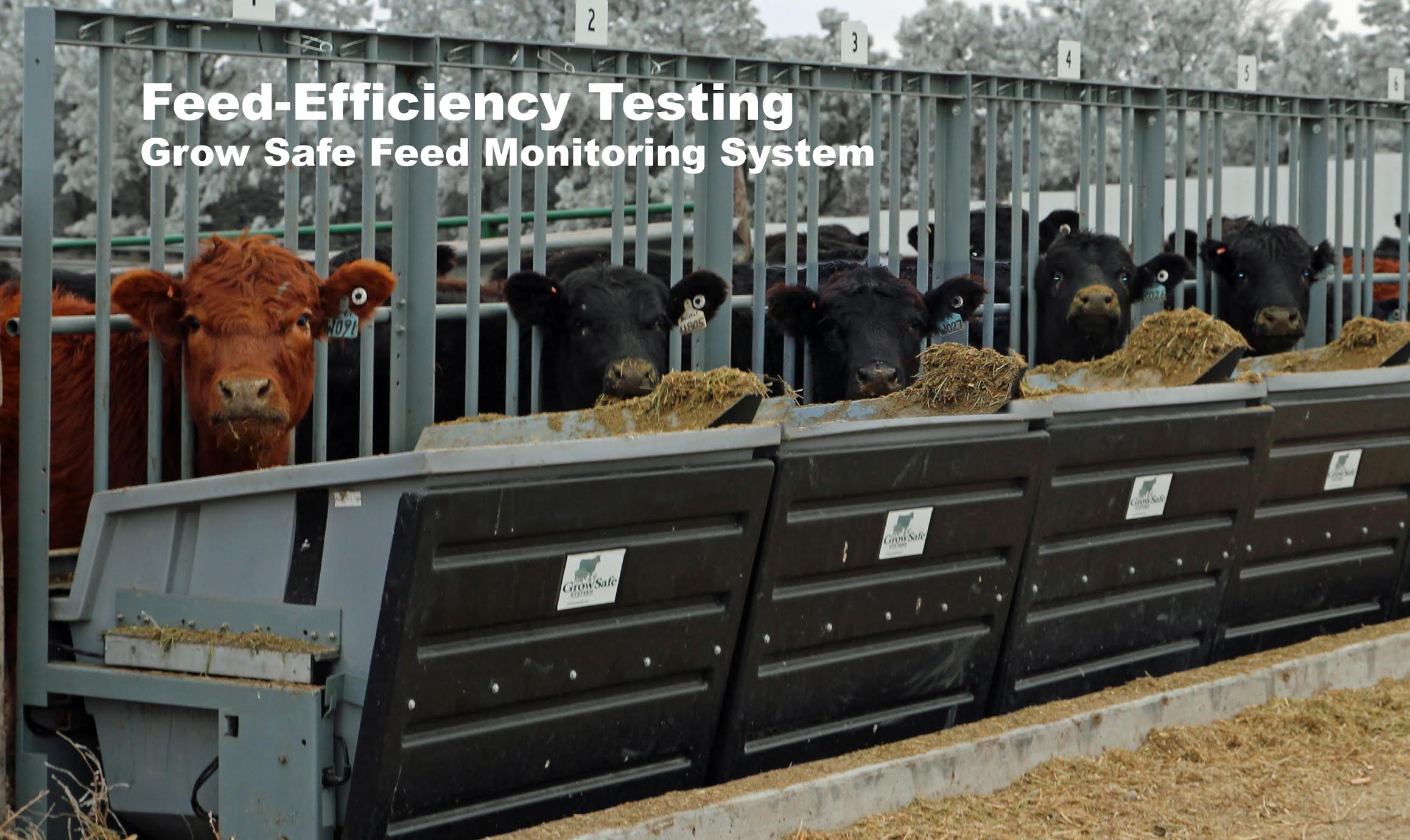 Why is RFI significant? Research has shown that intake by cattle will vary by 1 to 4 times in a group of calves. For example, if a pen of 100 calves weighing 1000 lbs. has an average pen intake of 25 lbs., the expected range in individual feed intakes would be 20 to 30 lbs. with no difference in gain among the calves. Estimating feed costs at $200 per ton and 600 lbs. of gain in the feedlot, average feed costs would be $346 per head. The most efficient calf in the group will consume $278 of feed, $68 less than the pen average. Through selection, how much of this potential feed savings can be realized?

A group of Angus-Simmental heifers were RFI phenotyped and divergently mated to RFI phenotyped and divergently mated to RFI phenotyped bulls. Heifer progeny were then placed in the feedlot to measure the effect of dam and sire selection on progeny performance. Progeny from efficient (negative RFI) dams consumed 12% less feed than heifers from inefficient (positive RFI) dams. Likewise, progeny efficiency differed among sire groups. Heifers from efficient sires consumed 14% less feed than progeny from inefficient sires. No difference in gain occurred among dam or sire efficiency groups. Using the diet cost scenario detailed above, a 12% improvement due to dam selection would reduce progeny feed cost $41 per head, $290 per dam cumulatively over 7 calves. A 14% improvement due to sire selection would reduce feed costs of 100 progeny by $4,850. Significance progress can be made to reduce feed cost via selection for efficiency.

A GrowSafe feed intake system electronically monitors the feed bunk each second of the day recording all cattle feeding activity at the bunk. Data records cannot be changed or altered. Good or bad, GrowSafe numbers don’t lie. A GrowSafe System is an advanced data acquisition that:

–reads animal and non-animal activity at the bunk every second of the day.

–reads an EID (animal RFID ear tag) every second when an animal is consuming feed.

–identifies when feed is consumed and a tag is not recorded.

–records feed disappearance from the trough load cells every second of the day.

–uses data auditing software and system diagnostics automatically and continuously to confirm whether the data is valid.

A third party scientist or technician computes RFI from the measurements taken according to a standard protocol that meets at least the minimum guidelines established by the USDA Process Verified Program.